What DuckDuckGo’s Success Means For SEO 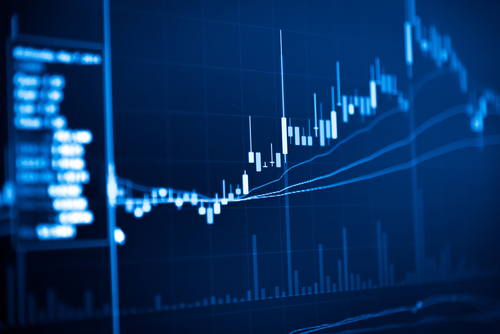 DuckDuckGo recently reported a new milestone: 100 million searches in a single day. The small search engine has continually brought in new users with its promise of data security. In a time when documentaries like The Social Experiment continue to raise awareness of how user data can be collected and tracked, more and more users are looking for tools to decrease their digital footprints. DuckDuckGo’s main value proposition is simple: Google tracks you, DuckDuckGo doesn’t. With this benefit on its own, DuckDuckGo has seen a steady rise year over year with a 50% increase in website searches compared to last year.

You may be thinking, that maybe it is time to think about what you need to do to rank higher on DuckDuckGo’s search engine results pages. Before you drop your Google & Bing SEO plans for 2021, let’s put that 100 million in perspective. On average Google sees 5.6 billion searches worldwide each day. That is 56 times the search volume. Barring any major paradigm shifts, Google will maintain its dominance as the number one search engine for the foreseeable future. And it will always be important to employ SEO best practices for Google/Bing. But DuckDuckGo’s achievement is nothing to ignore.

DuckDuckGo’s motto is “Privacy, Simplified”. But like many topics, it is difficult to simplify privacy. So what does DuckDuckGo really do for its users and how does it impact SEO? DuckDuckGo strips a lot of the unique user data from a session on their platform. When a user uses Google their data including their estimated age, gender, and location can be tracked. Google uses this data primarily for targeting ads. Social media sites like Facebook do the same for their social ads.

Users of social sites and search engines often wrongly assume that they are the website’s consumer base. In reality, Google’s consumers are the businesses that run ads. Google and Facebook have increased their value by tracking user data and using that data to increase ad conversions. Businesses can tell Google or Facebook who they want to target, but in order for that work, Google needs that data. Additionally, SEO experts can look through Google Analytics data to see the demographics of the users on their site and use that data to plan content. However, DuckDuckGo strips away this user-specific data… to a point.

What Does DuckDuckGo Not Do?

On the one hand, DuckDuckGo does strip away important user-data. This helps users feel more secure, with the trade-off being that SEO analysts have less data to go off of.  But on the other hand, there are a lot of things DuckDuckGo doesn’t do. Compared to Google DuckDuckGo has fewer tools. Google isn’t just a search engine, Google also provides analytics software. And in that regard, any website with a Google tracking code is tracking the exact same information DuckDuckGo isn’t tracking.

So although a user’s initial DuckDuckGo search doesn’t track their data, as soon as they are on a site with an Analytics tracking code that privacy is gone. And until DuckDuckGo creates an analytics platform equal to or better than Google’s free platform, it is unlikely businesses will remove their Google tracking codes. From an SEO/SEM perspective, any data lost from the search engine can be regained once the client is on the website or social platform. And because Google Analytics is a free tool it is unlikely businesses would switch to a platform that provides less data. SEO specialists only need to worry about VPNs when it comes to losing data.

If you are tired of seeing the same primary call

WordPress is one of the most SEO-friendly platforms for your

Ranking as high as you can on Google is one