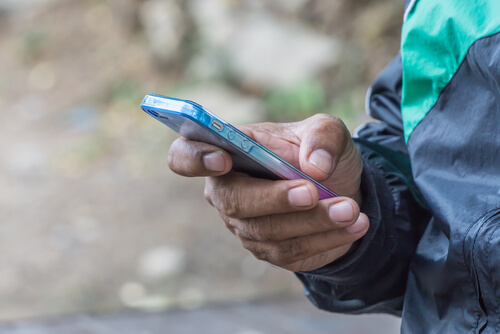 If you own a small business surrounded by competition, you know the importance of increasing your digital footprint. Whether that means managing multiple social media platforms, running digital ad campaigns, or even building your own rewards app. Small businesses are always looking for unique new ways to bring traffic to their locations. Recently the popular augmented reality game from Niantic, Pokemon Go, announced that they are offering a new marketing opportunity for small businesses.

What Is Pokemon Go & Are People Still Playing It?

Pokemon Go is an augmented reality game created by Niantic. “Augmented Reality” refers to the fact that the game requires players to play the game in real life. The game tracks a player’s location, and in order to play the game, they will need to visit hot spots marked on their in-game map. This game saw it’s peak popularity after it’s launch in the summer of 2016. Although the initial buzz died down after a year, Pokemon Go continues to be one of the most popular gaming apps on both iPhones and Andriod devices. More than 60 million players are still actively playing the game, and the app recently boasted it’s 800 millionth download. Part of the way Niantic continues to keep this game is by adding new requested features.

Prior to launch, Pokemon Go was sponsored by Sprint and Starbucks. All registered locations of both brands were added to the in-game map as hot spots for players to visit. Recently, Niantic announced that future versions of the game will finally include user-submitted hot spots. This has been a feature that has been petitioned for constantly over the last two years. Initially, Niantic created the in-game map without user submission and has been slowly removing hot spots due to legal issues. Finally, to combat lost hot spots, players can apply to create new locations and after an approval period it will show up on the map. But this update isn’t just for players, small businesses can now apply for “sponsored locations”.

Is Pokemon Go’s New Marketing Opportunity Worth The Investment?

So, should your business advertise on Pokemon Go? Well, first you should consider location, userbase, and conversion rate. Pokemon Go’s new feature is unlikely to supplant the efficacy of Google Ads or social media ads. But, in areas that have large populations or small populations, it may be helpful to get your business registered as a sponsored location. Whether you choose the standard or premium package, if used well, you may find more customers in or around your shop.

For more information on new marketing trends, digital ideas, and other ways to improve your online presence, follow the Boston Web Marketing blog. And to have your own website analyzed, contact us for a free website audit.

How Important Is Google Analytics To Your Business?

If you own and operate a small-medium sized business, knowing

What to Know About “Keyword Cannibalism”

Keyword cannibalization is when you have different blogs or articles

As time passes, one thing that remains is that content